Chairman of Judges, Nick Stock, announced the winner of the 2014 Barons of Barossa Trophy for the Chairman's Selection for the Barossa Grand Cellar. Toby Barlow of St Hallett Wines received the trophy for the 2013 Dawkins Single Vineyard Shiraz. A parcel of this wine will now be cellared in the Barossa Grand Cellar for future showcasing of the best Barossa wines at national and international promotional events". 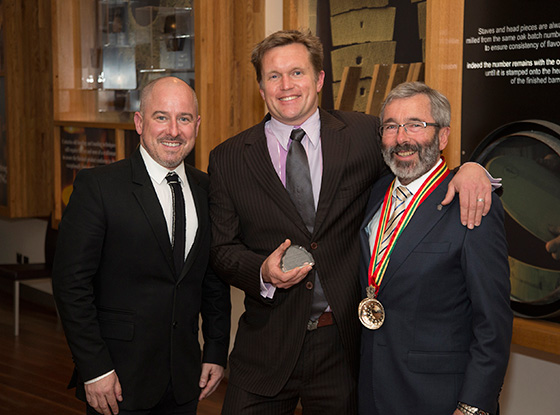 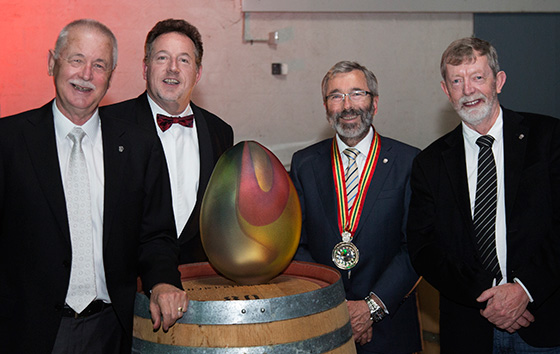